Met Ali & her family at 0145 along with CSA observer Sam Jones. Ali has swam with Sea Leopard a number of times before (as has her support crew) on training trips so is familiar with the boat which makes for an easy relaxed preparation for the swim. Stuart Adams is crewman for me.

We leave Dover Harbour & approach Samphire Hoe - this is the second time Ali will start from the beach, having done so already this season with a relay attempt. 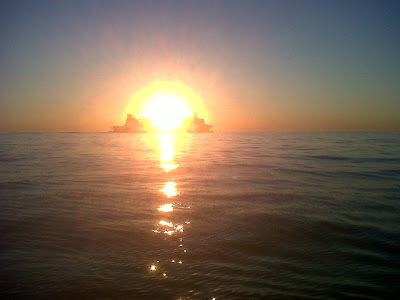 Large patches of seaweed are floating by as we approach the Sou'West lane which we enter at 0700. At 0720 Sue swims with Ali for some company for an hour. They both encounter seaweed & Ali changes sides to be in the Sun (portside). 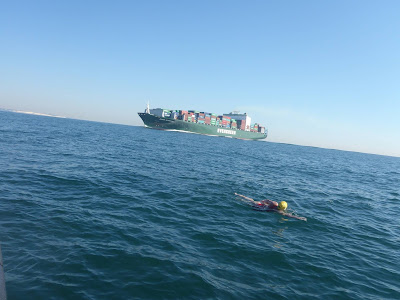 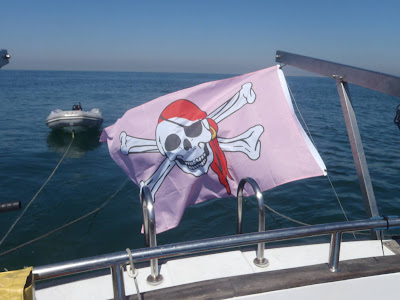 Some big ships in the Channel today - notably containers ship Maesk Tanjong (333m long) & CMA CGM Centaurus (364m long). The AIS Radar (automatic indentification of ships) tells me how big, how fast, which direction - & I use this information to calculate a safe passage through the shipping lanes. Everstrong (which alters course for us) is a baby by comparison at a mere 301m, but the bow wave that it produced due to it's speed & proximity causes Sea Leopard to roll heavily. Ali seemed to enjoy it though. Tanker Grand Challenger (only 229m) is hailed by Dover Coastguard to alter course to give us a wide berth - we show on radar as having limited maneuvrability - but a reminder from Langdon Battery is always welcome. 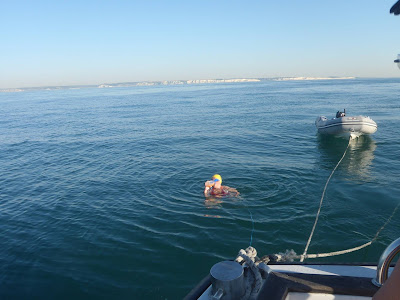 Alison was sick a few times, later she speculates it is from a bad bag of chips the day before rather than salt ingestion. In any case she carries on. At 0920 Ray enters sea to swim with Ali. 0950: I inform Dover Coastguard that we have entered the separation zone. 1030 - Informed Gris Nez traffic that we are entering the North East lane. Dolphins in the distance.

1320. Ebb tide appears still to be running, though by the book it shouldn't. But this tiny corner of the World has a mass of water squeezing through a relatively small gap twice a day - wind & weather elsewhere can affect what flows past us. It is these invariables that make the English Channel swim so tough & hard to appreciate for those who research beforehand: sometimes the conditions don't match the tidal stream atlas & the forecasts are wildly wrong. 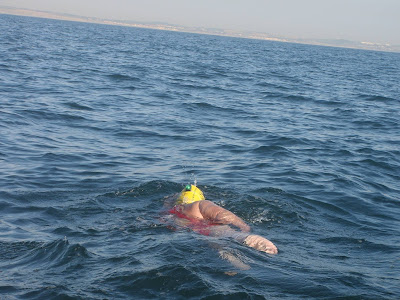 In these next few hours we ask Ali to speed up & have to feed her more often & quickly. We hope to take full advantage of slack water. She never complains. Brothers Steve & Paul swim with her for their alloted hours & help keep her spirits up. Big ships pass, some close enough to have to take evasive action. We leave the NE shipping lane at 1927. I'm concerned that we will be swept back into the lane by the tide which is picking up progressively. At 1945 Ali decides to end the attempt. 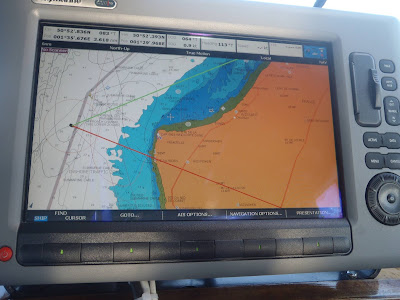 Ali swam 16hours & 25mins getting within three miles of France. A superb effort, a pleasure to have had your company in the months before today. Hope to see you again soon.

Posted by DanEarthquake at Sunday, August 12, 2012