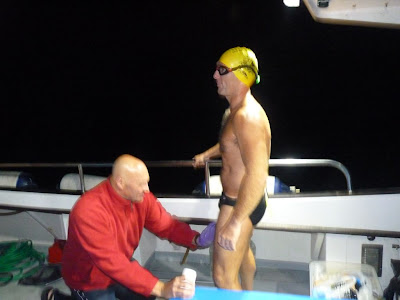 The seven metre tide meant that starting from Samphire beach was the best option. Sea was very calm with very little wind. Paul started at 0315. In the first few hours he took a while to settle, occasionally straying away from the boat and having some adjustments with his goggles. Conditions were very good and the flood tide carried us into the South West shipping lane by 0600. Paul is feeding hourly. His supporters are Sam Jones, a successful Channel swimmer from 2008, Mike Bell, Mike Ball and Mark Watkins. Around 0700 Paul complains of being stung by jellyfish. 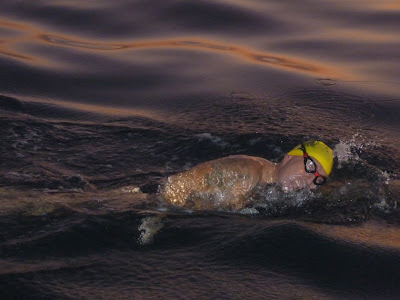 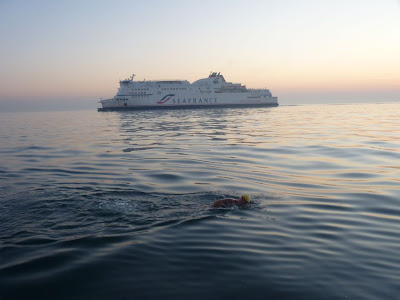 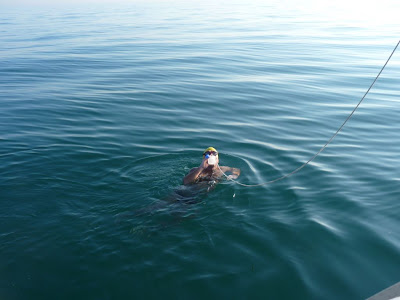 Next feed has tea with sugar and jellybabies. Supporters decide to feed more often as he looks a bit tired, so feeds now every 45mins 1100 A 300m container ship from the VFB line passes a mile behind us. 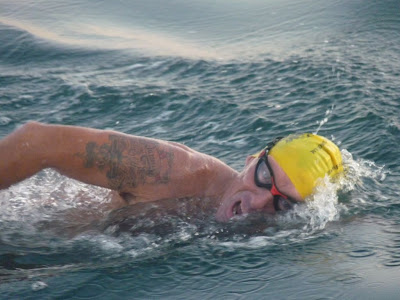 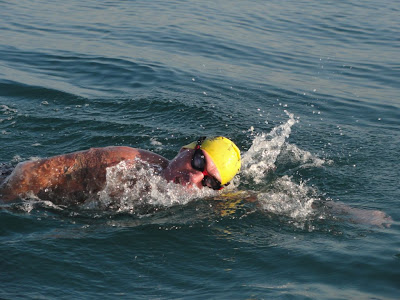 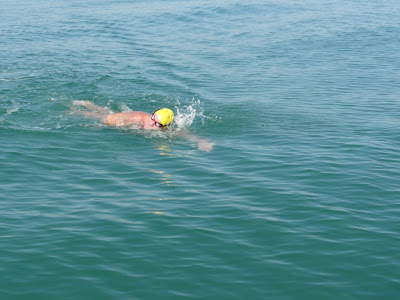 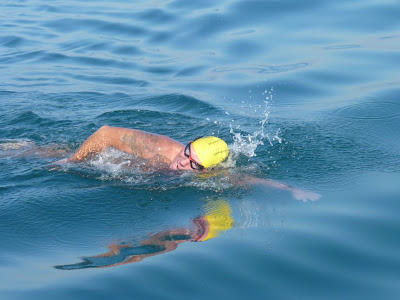 Paul had a go just over a week ago and has tried hard to succeed, so well done for a valiant effort.

Thanks to Steve Franks for the photographs. Last photo by Mark Watkins.
Posted by DanEarthquake at Sunday, October 02, 2011