Pilots report by Stu Gleeson.
Yang Kang Jin & his support team arrived at 0545. Introductions - meet crewman Garry Clark &
Observer Giovanna Richards (G). Yang's daughter Rui acts as translator as G gives reminds the swimmer of the rules. I then give a safety briefing before leaving public pontoon at 0625 heading for our starting point of Shakespeare beach.
﻿ 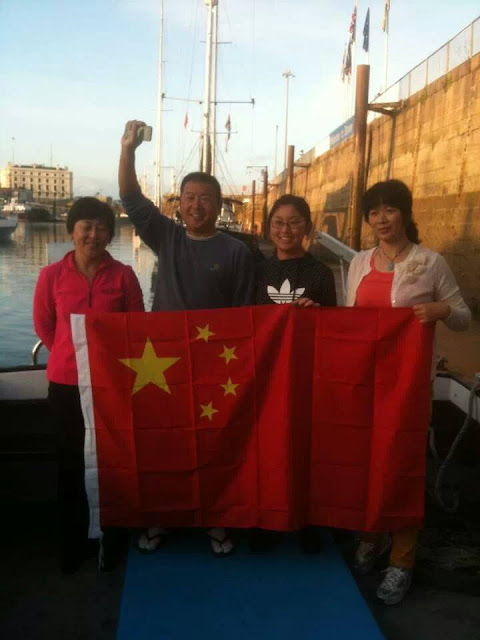 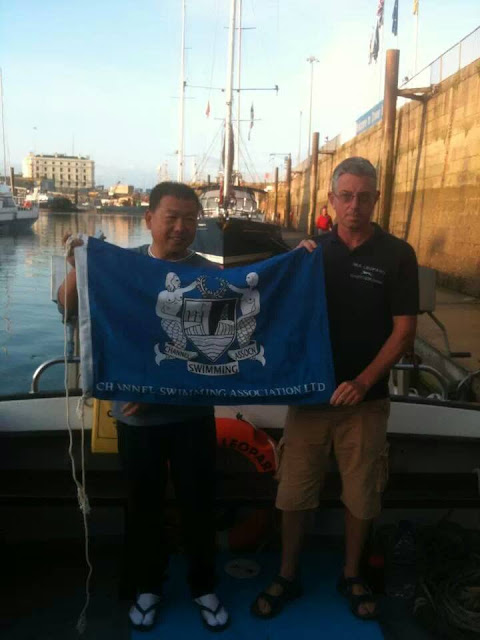 Swim starts at 0645. Yang is swimming breaststroke for this attempt. Conditions are good, sea state slight. 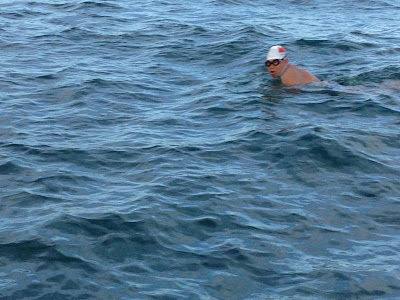 0745 - feed of warm Maxim & orange refused. Taken at 0800. Rui translates that Yang feels a little cold. I contact Dover Coastguard shortly after with mandatory information.
0905 - change of stroke to front crawl. Feed at 0920. 1000 - change back to breast stroke, Rui describes it as "Frog Stroke."
1020 - Feed requested.
1030 - Arctic Voyager crosses in front at distance of half a mile. 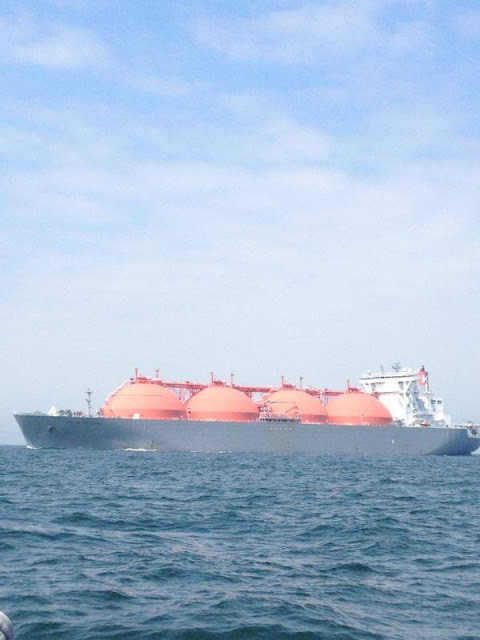 1035 - Feed taken, back to front crawl.
1111 - Feed taken, swimmer says he feels good & not tired.
1123 - I  notify Dover Coastguard that we are entering the South West Lane.
1154 - Yang changes to breaststroke after a conversation with Rui giving information that the tide is changing & that the front crawl has slowed considerably. Yang says he is a bit cold so a warm feed is prepared & given at 1205. Front crawl again.
1238 - Feed of  chocolate mini rolls seems to go down well. Breaststroke continues. Some of the supporters have been sick, sun is warming up.
1305 - Yang feeds & reports his regular change of stroke is due to muscle cramps in his legs.
1403 - Via Rui, I talk to Yang as he has slowed considerably. He says he has slight cramp but isn't tired or cold. He switches to front crawl.
1444 - Feed. I contact Dover Coastguard to notify them that we are entering the Separation zone. Yang swims breaststroke, stops & then continues on with Front crawl.
1550. I contact Gris Nez Traffic & inform them we are entering the North East lane.
Two feeds pass by, I do not note the times. Garry & I are kept busy with negotiating traffic in the lane, our AIS (automatic Identification of Ships) radar gives information about us to the surrounding traffic whilst we can also see the size, speed & course of the ships around us. We have to factor in our own speed & course so that we are not in collision with other vessels! Many large ships are now controlled by computer on a GPS track to negotiate the shallower parts of the Dover Strait. Sometimes the coastguard will contact a ship informing them of our position, other times we communicate directly with the Captain of a vessel so as to make them aware of our swimmer & limited manuevrability. There are times when we have to stop a swimmer to tread water whilst two ships pass one behind, one in front. These are good opportunities for extra feed & information exchange/encouragement with the swimmer, but of course we are drifting too which does not help our position.
1741. I talk (via Rui) to Yang & explain that teh speed will have to pick up in the next hour as the flood tide will be strong & will take us up the lane with the coast of France receding away from us.
1824 - Knud Reefa, a ship with it's own cranes passes close by our bow.
1858 - Car carrier California Highway crosses our bow causing extra waves.
1910 - Yang vomits but swims on without any communication. Wind against tide causing some big swells now. In the Ferry lane now, lots passing with supporters taking lots of photos. One of the Grimaldi line car transporters passes close by.
1940 - Liquid feed. Cake offered but refused. Yang tells his daughter the waves are too big, but Rui urges him onwards. Some more vomitting over the next hour or so.
2111 - Feed & stretching. Yang has some cramp. Changes again to front crawl. He is wandering away from the boat so I give instructions to stay closer.
2158. Feed. Yang & his family speak for a few minutes. He appears to be suffering & expresses his wish to abort the swim. After confirming this is what he wants to do, Garry & I help him aboard.
2200. Safely back on board, Yang is attended by his family with towels & blankets. I notify Gris Nez traffic that we have finished our swim & begin the journey back to Dover.
Yang Kang Jin swam for 15 hours & 15 minutes & did not have an easy time in the Channel. Despite some real discomfort Yang kept going for as long as he could.
Well done Yang, I hope that you recover well & wish you all the best for the future.

Posted by DanEarthquake at Tuesday, August 06, 2013