The Coldwater Culture team met at Dover marina at 9am, a few introductions before casting off. It's a regular booking, practice swims following the boat to get a flavour of what to expect on a Channel swim.
Wind was too high for the open sea today so we did loops around Dover Harbour on 20 minute turnabouts. 9 degrees today, so late September lake temperature for some of us. Eleanor Woodward expressed a desire to be first in, perfectly diving off the rear of the boat & getting straight into a good powerful stroke. Eleanor is getting ready for a big lake race next year with a Channel solo ambition for the year after. 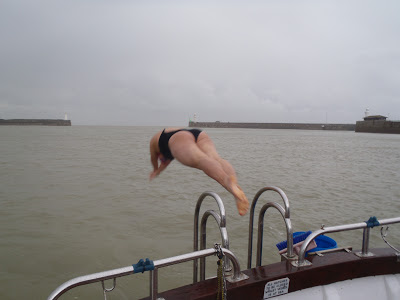 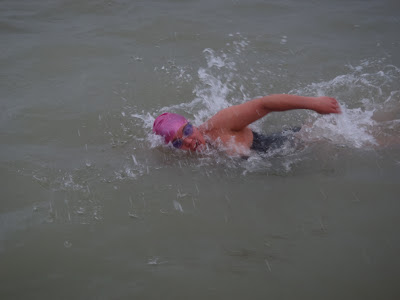 Jim Malone was next in, having (he says) studied Tom Daley at the Olympics knew everything he needed to know about diving. 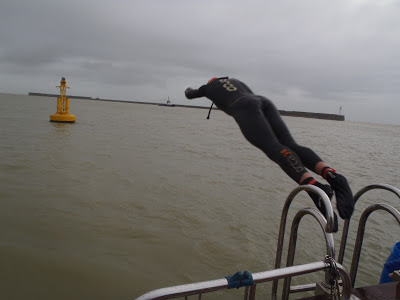 The ensuing perfect belly flop was planned he assured us later. 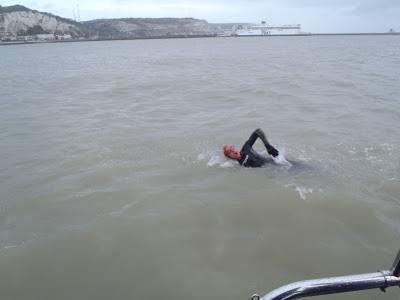 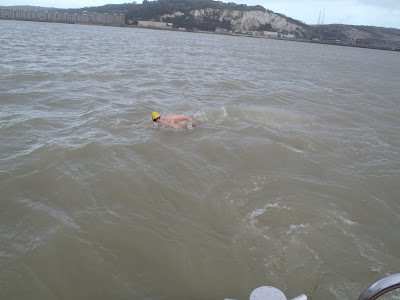 Jackson Carroll leapt in next finding no difficulty with the temperature or following the boat which was a good first boat trip for him. Jackson is making a solo Channel attempt with us next year. 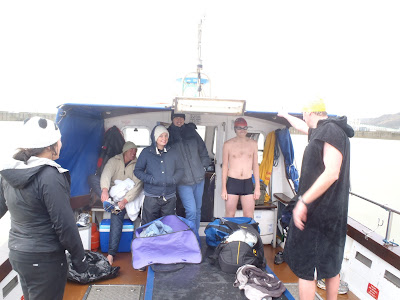 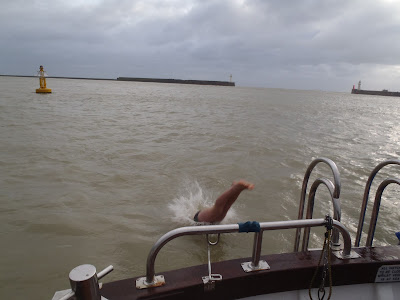 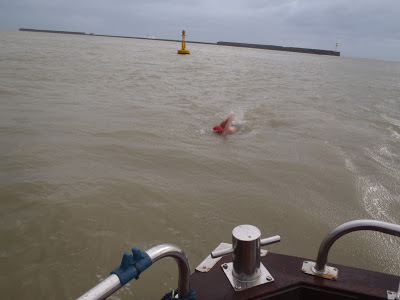 Glenn Hatrick followed on, formally an avoider of swimming, now a regular at the coast with us. Glenn became World Quintuple Ironman Champion in Mexico last month which was his last swim too. A big difference swimming in Mexico wetsuited to Dover Harbour without in December. "I didn't enjoy any of that," he said on climbing out. 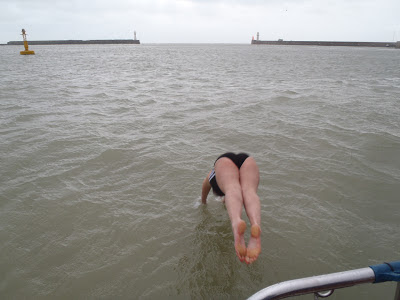 Chloe Johnson, training for a Solo attempt with us next July dived in next encouraged on by beach butler Harry. 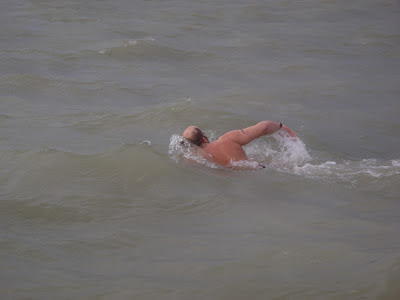 After that it was Dan Earthquake. 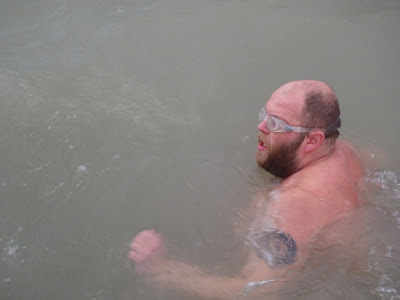 It was a good morning of exercise, the team made use of the time well with no difficulties in reasonably choppy conditions.
Report by Stuart Gleeson.
Posted by DanEarthquake at Tuesday, December 18, 2012