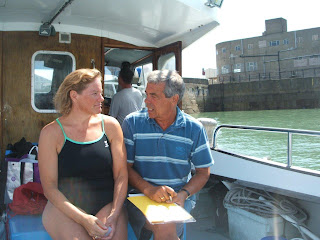 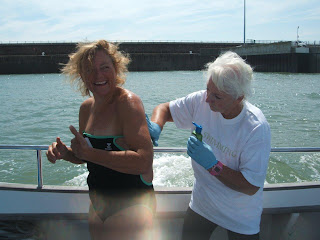 Introduced to Ranie (swimmer), Jackie, Robert and Hannah (Support team)
1320 - Left pontoon. Safety briefing given by Stewart. Informed Ranie of proceedures and CSA guidance, together with main rules covering solo swims and observer duties. Stewart checks that all on board have passport/identification.
1325 - Return to pontoon to enable Robert and Hannah to collect identification from car.
1340 - Left Dover Harbour accompanied by 2 yachts. 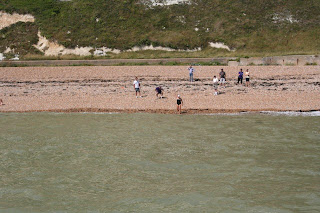 1425 - Inshore quite busy - 4 x yachts to south, Pathfinder and relay team approx quarter mile off bow.
1428 - Ranie stopped swimming briefly but contined after acknowledging that she was OK (Just checking that we were paying attention. 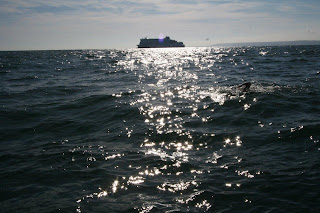 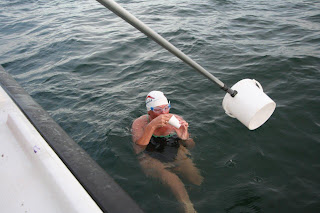 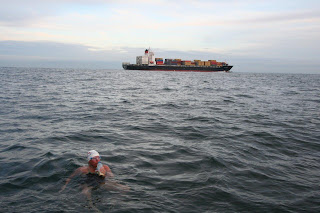 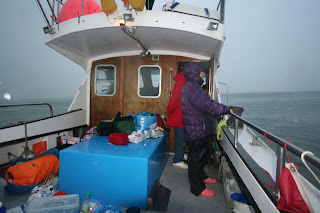 Comment from Pilot: "It's a learning curve - you learn something new on each trip" 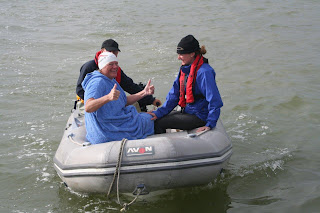 0905 - Commence return to Dover Marina, all on board in high spirits. 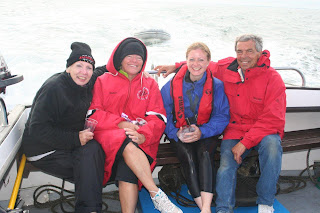 Posted by DanEarthquake at Friday, August 19, 2011